On May 5th, “Children’s Day”, a national holiday,we held the “Children’s Festival in Minamisoma”, the most important event of the Peace Project’s establishment philosophy! Due to Covid, it was held for the first time in 3 years, and it was blessed with great weather!

The highlight  this year is this “reverse bungee”. Since I saw it at the outside festival, I had been interested in it for a long time and was hoping that I could use it at the children’s festival someday… and it has appeared as a main attraction this year. The numbered tickets were introduced and distributed  to avoid crowd and the reverse bungee jumping numbered tickets were gone in no time. It was very popular. In addition to the reverse bungee, the annual attractions “fluffy playset,” “kickboxing experience,” “super ball scooping,” and “Tarzan rope (ZIPLINE)” also became a long line.

At every attraction, we could see the children’s smiles, and I realized that many people were looking forward to this children’s festival.

And it was the customary “yakisoba” ( Japanese noodle) that made a long line at noon. Two great professional noodle chefs of Peace Project were very efficient and provided more than 400 meals of yakisoba.

The finale of the children’s festival is, of course, the “Bingo Tournament”! Company, San-X kindly  donate a free gift every year, a popular character Rilakkuma , Sumikko Gurashi goods for us.

At the time of such an event, “to end the event safely” is the priority above all, and despite the large number of visitors this time, there was no big accidents nor injuries, and we were able to finish it safely. The smiles of the children that I could see in it were outstanding, and above all, they gave us energy. Thanks to all the volunteers who participated, we were able to manage and finish on time. It was an unprecedented attempt to measure the temperature at the reception desk of more than 800 visitors .  Also, there are many supporters who donated because it is difficult to participate as a volunteer. With the support of various people, I would like to continue to work on the “Children’s Festival in Minamisouma” event, which makes children smile. 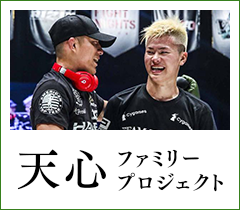